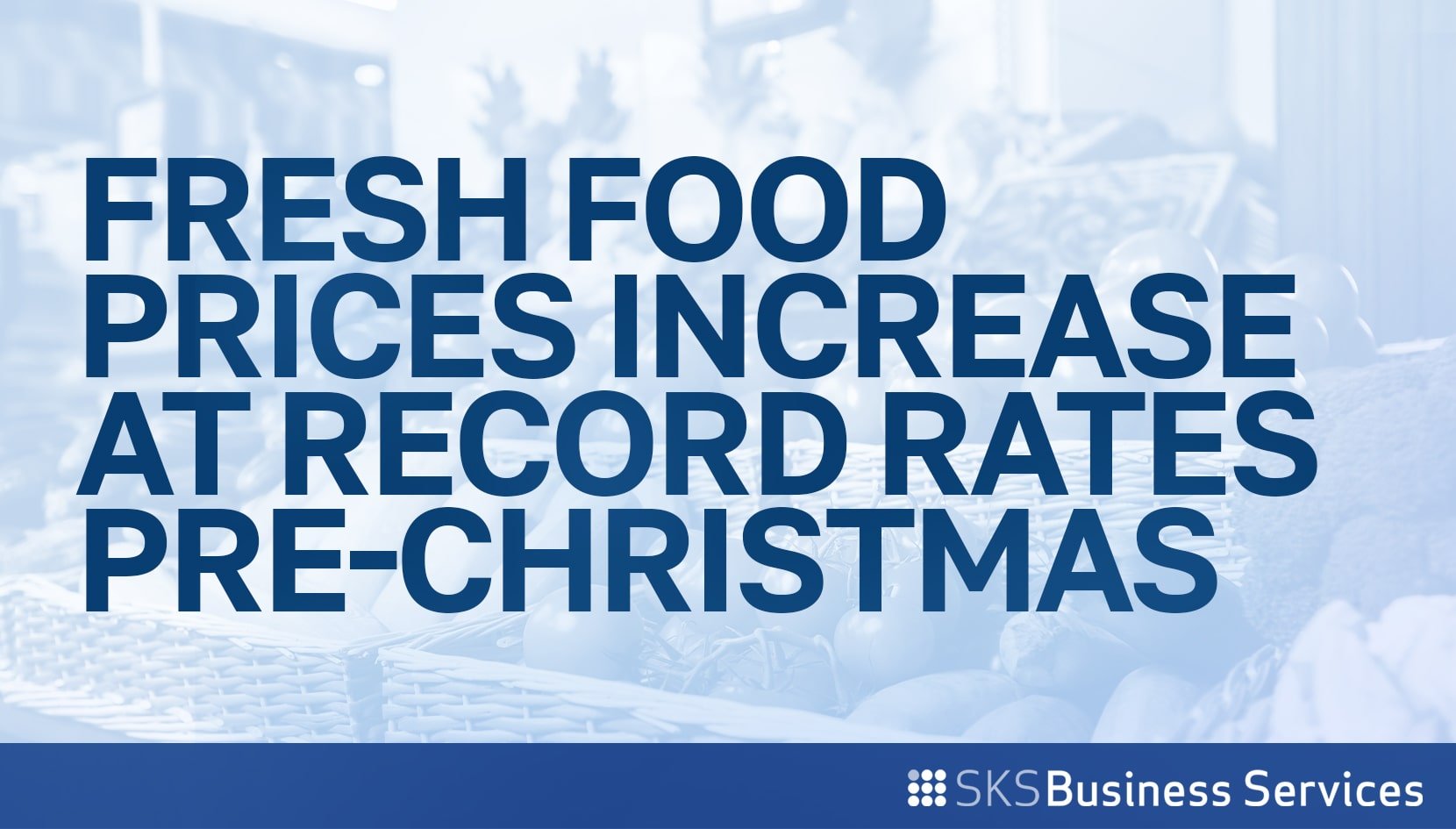 The cost-of-living crisis took another turn in December with new figures suggesting that the price of fresh food rose at a record rate, just at the time most families would have been stocking up for Christmas.

The British Retail Consortium (BRC) detailed that fresh food inflation hit 15% in December, up from 14.3% in November – marking the highest monthly inflation rate for fresh food since records began back in 2005. The cause of the increase has been attributed to rising costs for animal feed, fertiliser and energy.

The BRC also stated that overall, inflation for food hit 13.3% in December, however, prices for non-food items did ease slightly as retailers offered big discounts with the hope of shifting stock.

Helen Dickinson, the chief executive of the BRC has also warned that this year is expected to be another difficult one for both businesses and consumers, with “inflation showing no immediate signs of waning”. Although the latest data from the Office for National Statistics showed the rate dropped back slightly, it still remains close to a 40-year high.

With all that in mind, grocery sales in the four weeks leading to Christmas Day were reported to hit £12.8bn by research firm Kantar. As usual, mince pies and Christmas puddings proved popular, although Brussels sprouts must have been off the menu as the total number of households purchasing them feel from 48% down to 45%.

The BRC has also warned shoppers that there could be another increase, meaning even higher prices when the energy bill support scheme for businesses comes to an end in April. With many shop owners having tried hard to not pass on the record price rises to customers, they may have no choice but to increase them as bills are due to go up without any future help planned.

It is reported that Chancellor Jeremy Hunt will be meeting with business groups this week to brief them on the government’s plans for energy bill support after the current package expires. It is expected that The Federation of Small Businesses (FSB), UK Hospitality, the CBI and the British Chambers of Commerce will be in attendance. Should a new package not be agreed, retailers could see their energy bills rise by £7.5bn collectively.

If you are worried about the rising costs of running your business and would like to understand how we can help, please get in touch with us and our team will get back to you as soon as possible.

September 8, 2021
We use cookies on our website to give you the most relevant experience by remembering your preferences and repeat visits. By clicking “Accept”, you consent to the use of ALL the cookies.
.
Cookie SettingsAccept
Manage consent