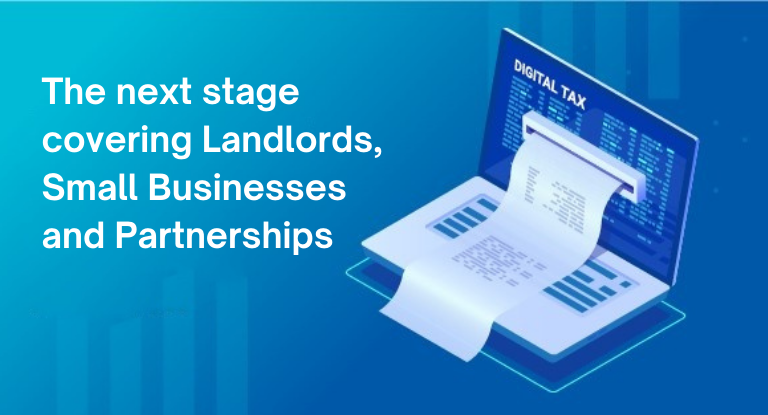 The rollout of Making Tax Digital may have slowed due to the pandemic but there is low awareness about the next stage covering landlords, small business, and partnerships, warns Kevin McCallum, chief commercial officer at FreeAgent

HMRC introduced the first stage of its Making Tax Digital (MTD) legislation in April 2019. Envisaged as the biggest overhaul of the UK tax system in a generation, the ambitious plans aimed to make it easier, more efficient, and effective for individuals and businesses to get their tax right and keep on top of their finances.

However, despite recently entering its third year – and with further phases of MTD scheduled to come into effect over the coming years – it seems there is still some confusion as to how the legislation will actually play out in the long term.

To better examine how MTD is unfolding so far, I will take a look back at its origins and dive into research we conducted at FreeAgent that reveals confusion among many business owners and accountants who will be affected by the next stage of the rollout.

Self-assessment was first introduced in the 1995/96 tax year and changed the onus of calculating an individual’s tax liability from HMRC to the individual. Around 11 million people in the UK are currently subject to self-assessment and required to submit returns every year. For small businesses, around 60% have some form of income under-reporting. The process changed in 2013 when PAYE RTI was introduced, requiring all UK employees to electronically notify HMRC of their PAYE liability every time they pay their employees.

The first official stage of Making Tax Digital – MTD for VAT – was mandated in April 2019, for businesses with a turnover of more than £85,000. So far, this scheme has been successful with 96% of companies compliant out of the 1.4m businesses now registered. As it stands, these businesses are required to keep digital records and submit their VAT returns digitally as part of MTD rules.

Making Tax Digital for Income Tax Self Assessment (MTD ITSA) is the next big step in the rollout. It will be mandated in April 2023, and this step affects three groups whose turnover is greater than £10,000: self-employed, unincorporated landlords, and partnerships.

Understanding the new world of digital

In total, around 4.7m business owners will be affected by the next stage of MTD – a pretty significant number. However, there is still a great deal of education required in the market around what these updates actually mean and what the impact will be. For example, our research revealed that less than 15% (14.6%) of accountants and bookkeepers are confident that they understand everything about the next stage of MTD and its impact on tax. Surprisingly, over a tenth (11.8%) said they either ‘don’t know anything or ‘hardly understand anything about the next stage. However, an overwhelming majority (97.2%) believe that their clients need to have an understanding of the legislation.

Despite HMRC’s goal to leverage MTD as a way to make it easier, more efficient and effective for individuals and businesses to get their tax right and keep on top of their affairs, nearly half (44.8%) of the respondents from the research said they believe the changes resulting from MTD over the coming years will mean it will take longer to complete compliance work for clients compared to a fifth (20.3%) who believe that it will take less time.

An overwhelming majority (73.6%) believe MTD will result in accountants and bookkeepers having to help clients make quarterly or monthly tax updates to HMRC – but also still need to prepare and file an annual tax return for them. In contrast, 12.5% of respondents said they still do not know what impact MTD is going to have on the Self Assessment filing season for accountants and bookkeepers.

Although MTD is the biggest change in UK tax for a generation, it is clear that there is still a lot of uncertainty and confusion surrounding the legislation. Even among accountants and bookkeepers – who will be on the front line when it comes to providing help and information about MTD to their small business clients – there are still many who feel that they hardly know anything about it.

Therefore, a lot still needs to be done to help businesses and their advisers adapt to these changes. Not only does the government need to make sure that people have access to all of the necessary information and tools they need to comply with MTD, but small business owners and their accountants must ensure they are proactively researching and understanding the legislation too.

With future waves of MTD coming into effect over the coming years, it is vital that businesses are properly informed about how the changes will impact them and know how to manage the transition as easily as possible. I would urge everyone to start preparing as soon as possible if they want to avoid unnecessary pain and confusion in the future. The movement is exciting and necessary in order to simplify the lives of accountants and business owners in the long run.

Bounce-back loans – where are we now?

November 18, 2022
We use cookies on our website to give you the most relevant experience by remembering your preferences and repeat visits. By clicking “Accept”, you consent to the use of ALL the cookies.
.
Cookie SettingsAccept
Manage consent